The cross as symbol of creation and life in Gal 3:13

The cross as symbol of creation and life in Gal 3:13

Galatians 3:13:
Christ redeemed us from the curse of the law by becoming a curse for us, for it is written: “Cursed is everyone who is hung on a pole.”
Prima facie, it seems that the citation from Deut. 21:23 is evidence against a Jewish god being crucified.

But secunda facie, precisely Deut. 21:23 is part of the Jewish pre-christian tradition that inspired the crucifixion of a god.

Said in other terms, the crucifixion is a symbol of the attack, by the demons/archons, of the Tree of Life.

And he shall be like a tree planted by the rivers of water, that bringeth forth his fruit in his season; his leaf also shall not wither;
(Psalm 1:3)

She [the Wisdom] is a tree of life to those who take hold of her; those who hold her fast will be blessed.
(Proverbs 3:18)

Curiously, a Gnostic tradition has survived about this Tree of Life.

In the Nag Hammadi text The Hypostasis of the Archons we meet with one of many Gnostic interpretations of the early chapters of Genesis. Just after the joyous recognition by Adam of the woman (Eve), the Gnostic text reports that

"when they [the archons] saw his female counterpart speaking with him, they became agitated with great agitation; and they became enamored with her. They said to one another, ‘Come, let us sow our seed in her,’ and they pursued her. And she laughed at them for their witlessness and their blindness; and in their clutches, she became a tree, and left before them her shadowy reflection resembling herself; and they defiled [it] foully.... And they defiled the form that she had stamped in her likeness, ..."
(89:19-29).

We find the same story told in On the Origin of the World:

When they [the authorities] saw Eve talking to him, they said to one another, 'What sort of thing is this luminous woman? ... Now come, let us lay hold of her and cast our seed into her... Then Eve, being a force, laughed at their decision. She put mist into their eyes and secretly left her likeness with Adam. She entered the tree of [knowledge] and remained there. And they pursued her, and she revealed to them that she had gone into the tree and become a tree. Then, entering a great state of fear, the blind creatures fled. Afterwards, when they had recovered from the daze, they came; and seeing the likeness of this woman with him [Adam], they were greatly disturbed, thinking it was she that was the true Eve. And they acted rashly; they came up to her and seized her and cast their seed upon her... And they erred, not knowing that it was their own body that they had defiled; it was the likeness that the authorities and their angels had defiled in every way"
(116:14-117:15)

By connecting a criminal with a tree, the symbolism is that the demons, the sinners, the evildoers are attacking the Tree of Life.

The Gnostics texts above quoted make only more explicit the connection of this attack with the Origin of the world:

it was when the Archons attacked the Tree of Life that the world was created.

The crucifixion (or hanging on a tree) symbolizes this Archontic attack against the Tree of Life at the origin of the world.

Hence for Paul the crucifixion of Jesus happened at the origin of the world, agreeing here with Revelation 13:8.


In addition to this, there is a Talmudic tradition that makes the Tau, the last alphabet's sign, in virtue of the his having the force of all the previous 21 signs, the symbol of the power of restart from the beninning of the alphabet, the power of re-birth, of a new creation.
Nihil enim in speciem fallacius est quam prava religio. -Liv. xxxix. 16.
Top

the attack against the Tree of Life is a evil action made by evil entities: the demons.

hence it is rational the fact that God (YHWH) curses this attack against the Tree of Life.

Hence it is perfectly rational the prescription that prohibits that a criminal "attacks" (is attacked to) a tree during the night.
Nihil enim in speciem fallacius est quam prava religio. -Liv. xxxix. 16.
Top

The definitive original connection between the Tree of Life and the crucifixion of Jesus was known by "Barnabas" (author):

But He Himself desired so to suffer; for it was necessary for Him to suffer on a tree.
(Barnabas 5:13)

And again He saith in another prophet; And He that doeth these things shall be as the tree that is planted by the parting streams
of waters, which shall yield his fruit at his proper season, and his leaf shall not fall off, and all things whatsoever he doeth shall prosper.
(Barnabas 11:6)

The logic is the following:

1) By suffering on a tree, the crucified Jesus is the new Tree of Life.

2) only the demons can attack the Tree of Life

3) for the point 2, the his killers are ipso facto the Archons.

4) The Tree of Life was attacked at the origin of world according to Gnostic text.

5) therefore probably Jesus was crucified at the origin of the world.

The Archons believed that they were attacking the Tree of Life, but they didn't know that they were crucifying Jesus the Son of God.
Nihil enim in speciem fallacius est quam prava religio. -Liv. xxxix. 16.
Top

Justin: Hear, then, how this Man, of whom the Scriptures declare that He will come again in glory after His crucifixion, was symbolized both by the tree of life, which was said to have been planted in paradise, and by those events which should happen to all the just.
http://www.newadvent.org/fathers/01286.htm

Hence the form of death for the hallucinated/invented (by the Pillars) archangel Jesus had to be the crucifixion because only that form of death was possible "on a tree".
Nihil enim in speciem fallacius est quam prava religio. -Liv. xxxix. 16.
Top

In odes 27 the odist is seeing the mystic meaning of the Cross, commonly described as the Tree, and equated with the Tree of Life.

1 I stretched out my hands and sanctified my Lord:
2 For the extension of my hands is His sign:
3 And my expansion is the upright tree [or cross].

If the Cross is just the Tree of Life, this explains why the Odist doesn't talk about the killers.

The only possible enemies of the Tree of Life can be only demons, not humans, only the powers of evil and death.

It was implicit in the equation: Crucified Christ == Tree of Life (attacked by demons)

Hence, if the killers of the Tree of Life (=a crucified Christ) are only demons, then the Death of Jesus can only be in outer space, since the general consensus is: only demons killers ---> outer space.
Nihil enim in speciem fallacius est quam prava religio. -Liv. xxxix. 16.
Top 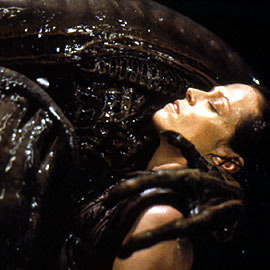 There is an analogy between the Christ cursed (as crucified) and the tree (false "Eve") raped and defiled by the Archons.
The simplest solution is that both the crucifixion of Jesus and the defilement of the tree "Eve" are an evolution from the same mythical source.
Nihil enim in speciem fallacius est quam prava religio. -Liv. xxxix. 16.
Top

yes Guiseppe indeed this is some slender evidence for pre-Christian Gnostic ideas too
if you go back far enough it resembles the descent of Inanna, but i'd still argue the original Christians exist as distinct from the later applications of this myth, they have to without anything directly tying them together so safer to assume not
Top

The cross is a symbol of the cross hence shaped like a cross.
https://vivliothikiagiasmatos.files.wordpress.com/2012/01/joseph-yahuda-hebrew-is-greek.pdf
Top
Post Reply
8 posts • Page 1 of 1