Jesus Naked in the Gospel

My latest thoughts about all that's been written about Theodore's original (and lost) allusion to 'naked with naked' is that Morton Smith incorrectly translated the material. Tselikas argues that it is not γυμνός but γυμνοὶ. https://www.biblicalarchaeology.org/wp- ... f-text.pdf The last letter is very hastily drawn and is interpreted by him as an iota. I would imagine that Theodore's source has told him about 'naked people with naked man' - and that might pertain to all the nudity that appears thereafter. It is noteworthy that Clement doesn't just cite the one scene but a section of text apparently searching - in vain - for what Theodore's source could have meant by his disparaging comments:


To you, therefore, I shall not hesitate to answer the questions you have asked, refuting the falsifications by the very words of the Gospel. For example, after "And they were in the road going up to Jerusalem" and what follows, until "After three days he shall arise", the secret Gospel brings the following material word for word:

"And they come into Bethany. And a certain woman whose brother had died was there. And, coming, she prostrated herself before Jesus and says to him, 'Son of David, have mercy on me.' But the disciples rebuked her. And Jesus, being angered, went off with her into the garden where the tomb was, and straightway a great cry was heard from the tomb. And going near, Jesus rolled away the stone from the door of the tomb. And straightaway, going in where the youth was, he stretched forth his hand and raised him, seizing his hand. But the youth, looking upon him, loved him and began to beseech him that he might be with him. And going out of the tomb, they came into the house of the youth, for he was rich. And after six days Jesus told him what to do, and in the evening the youth comes to him, wearing a linen cloth over his naked body. And he remained with him that night, for Jesus taught him the mystery of the Kingdom of God. And thence, arising, he returned to the other side of the Jordan."

After these words follows the text, "And James and John come to him", and all that section. But "naked people with naked man," and the other things about which you wrote, are not found.

And after the words, "And he comes into Jericho," the secret Gospel adds only, "And the sister of the youth whom Jesus loved and his mother and Salome were there, and Jesus did not receive them." But the many other things about which you wrote both seem to be, and are, falsifications.

In this way the throwing out of the red herring from secret Mark is away of avoiding all the naked references we know of - and undoubtedly more than we don't know. If Theodore was a rich catechumen (i.e. Gregory the Wonderworker) his source would be Origen. The disparaging comments about Mark would follow from his abandonment of the traditional text of the Alexandrian Church in favor of Ammonius's Diatessaron gospel. That Clement stops short of mentioning Bartimaeus where indeed we find the source for Jerome's nudus nudum Jesum sequi and the disciples stripping themselves of their garments, and the naked youth later in chapter 14 might be just a sign that Clement is acting dumb avoiding referencing - or even diverting attention from the strange interest in nudity in the latter section of Mark.
“Finally, from so little sleeping and so much reading, his brain dried up and he went completely out of his mind.”
― Miguel de Cervantes Saavedra, Don Quixote
Top

There seems to be some sense in Ephrem's sixth hymn on Fasting to the idea that Bartimaeus was naked:

Gather and be merchants on the Fast day
For the Scriptures are a Divine treasure house.
And with the sacred key of a spoken voice
They are opened before the congregants
Blessed is the king who opened a House of Treasures for the needy

6.2
There are in them garments for those invited to the feast
There are in them sackcloth and tears for the penitents
There is in their midst also a weapon for athletes.
They are full of every type of wealth
Blessed is he who prepares all sorts of aides for all people.

6.3
Open and take, my brothers, from it with discernment
For this Treasure House is a common one for all people
Each man has its key like a treasurer
Who does not become rich?
Blessed is he who released us from our lowly deeds.

6.4
Great is the gift which is cast before our blindness
Though all have 2 eyes
Few are those who see
What the gift is and to whom (it belongs).
Have mercy, My Lord, for the blind who see merely (physical) gold.

6.6
Who is like you who honors our countenance
He spit on the ground, not on the face, so as to extol our image.
O Lord, spit in our face!
Open the eyes which our freedom has shut
Blessed is he who given (back to us) the eye of intelligence which we blinded.

6.7
Who is not astonished at Adam and the opening of his (eyes).
For the opening of Adam's eyes did him great harm.
But, O Lord, the opening of our eyes is a great help
For the Evil One has held them shut
Blessed be he who closed and opened the eyes so as to help us.

6.8
Who would not curse the 'thorn' who handed us over
He deceitfully opened the eyes of Adam and he saw his shame
He persuaded us and smeared our eyes.
So that we not see our great nakedness
May he be cursed , O Lord, by everyone, so that you may be blessed by everyone.
“Finally, from so little sleeping and so much reading, his brain dried up and he went completely out of his mind.”
― Miguel de Cervantes Saavedra, Don Quixote
Top

Can didaskw be used in the way Smith thinks it does in Secrer Mark? Jesus taught the youth the mysteries of divine kingship. But it can't mean he initiated the youth into these mysteries. I think the mystery is the whole journey to the Cross.
“Finally, from so little sleeping and so much reading, his brain dried up and he went completely out of his mind.”
― Miguel de Cervantes Saavedra, Don Quixote
Top 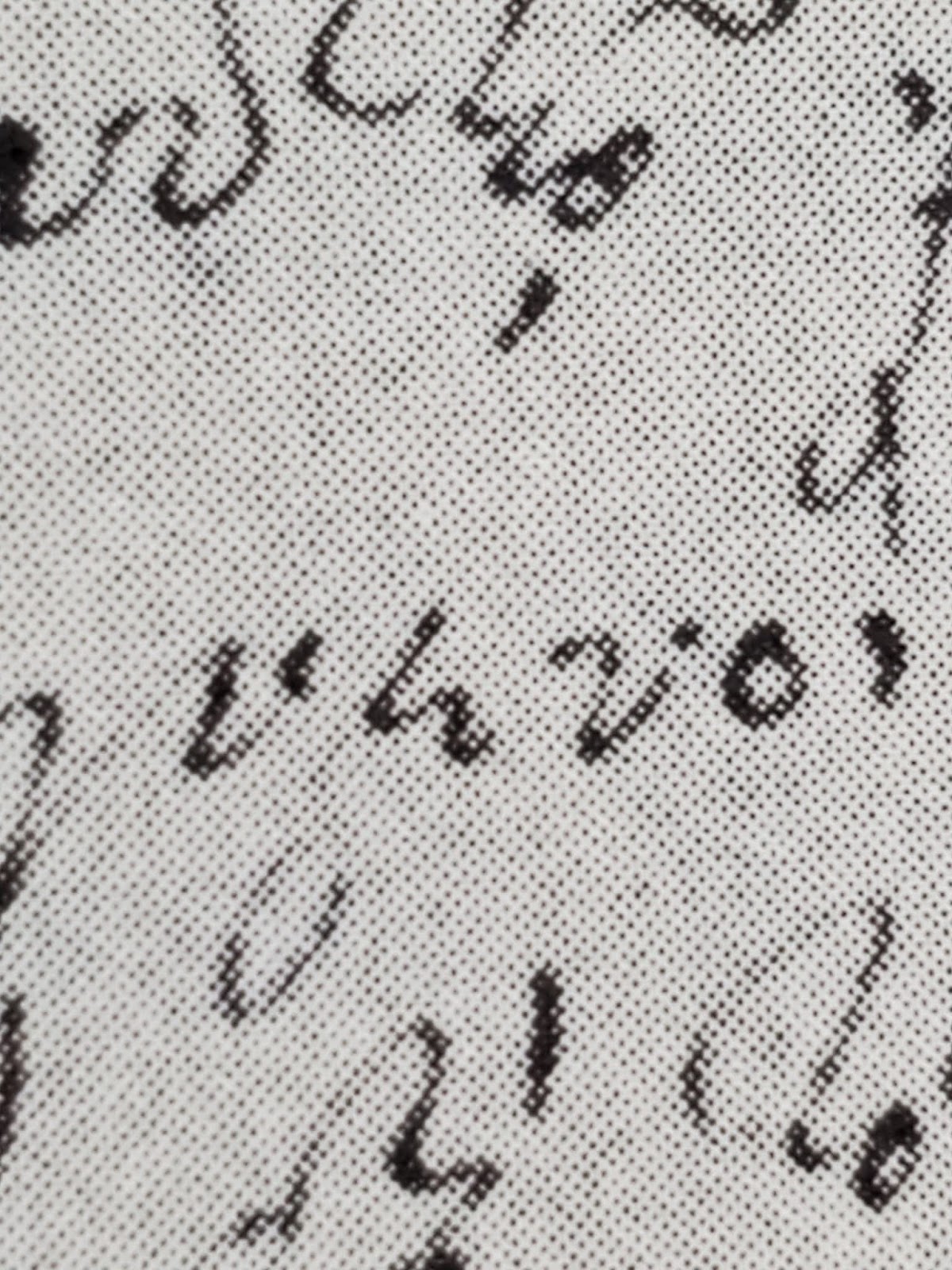 I would argue the Carlson "forgers tremor error" (i.e. the use of lower resolution leading to misreadings) effected Smith's transcription from the black and white photos making the iota look like a sigma which means ...
“Finally, from so little sleeping and so much reading, his brain dried up and he went completely out of his mind.”
― Miguel de Cervantes Saavedra, Don Quixote
Top

Why is Smith transcribing an iota as a sigma? The closer we get to the image it the more it looks like an iota. So Smith forged the text as an iota and then had amnesia and then working from photos 'forgot' what letter he wrote?
“Finally, from so little sleeping and so much reading, his brain dried up and he went completely out of his mind.”
― Miguel de Cervantes Saavedra, Don Quixote
Top

I claim no expertise whatever in Greek palaeography. However I think it may be a sigma.
In the Mar Saba letter an iota tends to have a bit at the top going to the left which is not present here.

Thank you. You know Tselikas has an office in the Patriarchate. What was he working from? He never mentions that. In his study he demonstrates he has the original book in his possession - https://www.biblicalarchaeology.org/wp- ... ititon.pdf He makes no mention of working off photos as far as I can see. He didn't ask Hedrick for his photo. Perhaps BAR gave him the material. But he is the number 1 expert in manuscripts from this period. Odd that he should think it is an iota.

The guy that has the MS is the so-called Archbishop of Gerash. He's also there at the Patriarchate. That's what I was told. What if he was working off the original and never told anyone?
“Finally, from so little sleeping and so much reading, his brain dried up and he went completely out of his mind.”
― Miguel de Cervantes Saavedra, Don Quixote
Top
Post Reply
69 posts