Another borrowed myth is that of David and Goliath (compare to the 2 other "giants" in the Bible, Og and Sihon (Sion?)). It's perhaps not a coincidence that there are three known "giant" individuals and all come from the Northern perspective and traditions, as there are three discernable peaks on Mt. Hermon.

Anyway, David takes off Goliath's head, and metaphorically conquers the entire land with this fight. This seems to be a vestige of Gilgamesh's fight and decapitation of Himbaba, who was also a giant living in the "Garden of the gods" or "Paradise" (Eden?), which has been equated to the Cedars of Lebanon or Mt. Hermon by numerous scholars. In tablet nine of the standard version of the Epic of Gilgamesh, Gilgamesh travels to the garden of the gods through the Cedar Forest and the depths of Mashu, a comparable location in Sumerian version is the "Mountain of cedar-felling". Little description remains of the "jewelled garden" of Gilgamesh because twenty four lines of the myth were damaged and could not be translated at that point in the text.

The name of the mountain is Mashu. As he arrives at the mountain of Mashu, which every day keeps watch over the rising and setting of the sun, whose peaks reach as high as the "banks of heaven," and whose breast reaches down to the netherworld, the scorpion-people keep watch at its gate.

Bohl has highlighted that the word Mashu in Sumerian means "twins". Jensen and Zimmern thought it to be the geographical location between Mount Lebanon and Mount Hermon in the Anti-Lebanon range. Edward Lipinski and Peter Kyle McCarter have suggested that the garden of the gods relates to a mountain sanctuary in the Lebanon and Anti-Lebanon ranges. My contention is that the word Mashu is referring to the Litani and Orontes rivers, twin rivers of Lebanon that pass through the Beqaa valley, between Lebanon and Anti-Lebanon.

The location of Paradise, or the "garden of the gods" is close to the forest, which is described in the line:


Saria (Sirion / Mount Hermon) and Lebanon tremble at the felling of the cedars.

It stands to reason that since "Paradise" is described as being full of cedars in Sumerian mythology then Ezekiel's description of Eden as having the "bestest cedars of Lebanon" would also be equating Eden (or "Garden of Elohim) with Lebanon.

16 I made the nations to shake at the sound of his fall, when I cast him down to hell with them that descend into the pit: and all the trees of Eden, the choice and best of Lebanon, all that drink water, shall be comforted in the nether parts of the earth.

This entire monomyth is mirrored in Greek mythology as well, where Perseus (whose son was fittingly named for "Persia", Perses) kills Medusa, one of the three Gorgons, the snake-haired monster, and takes off her head. 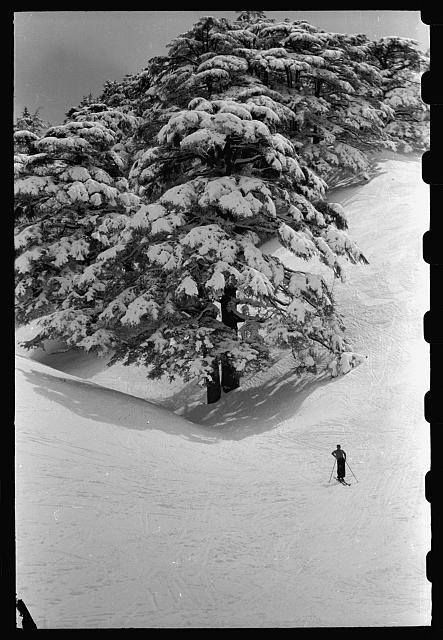 Interestingly enough, Medusa's myth continues on with her two sons, Pegasus and Chrysaor. One is a white winged horse and the other "has a golden sword". While I can't provide an in-depth analysis of why Chrysaor would have a golden sword, it could be connected to the well known Phoenician mining and trading of gold in the Mediterranean. Pegasus, however, is much more easily connected to the Phoenicians, most simply by his description as a "white winged horse" which fits the layman's description of Phoenician hippocampus boats coming from the "Land of Medusa" (Snowy cedar forests) to the sea, flying down from the mountain through the rivers. Another relevant fact is that Pegasus was said to have been "created by Poseidon"(Sidonians?) and "sprung from the blood of Medusa" (built from the wood of Cedars)...

This 5th century BC coin says it all: 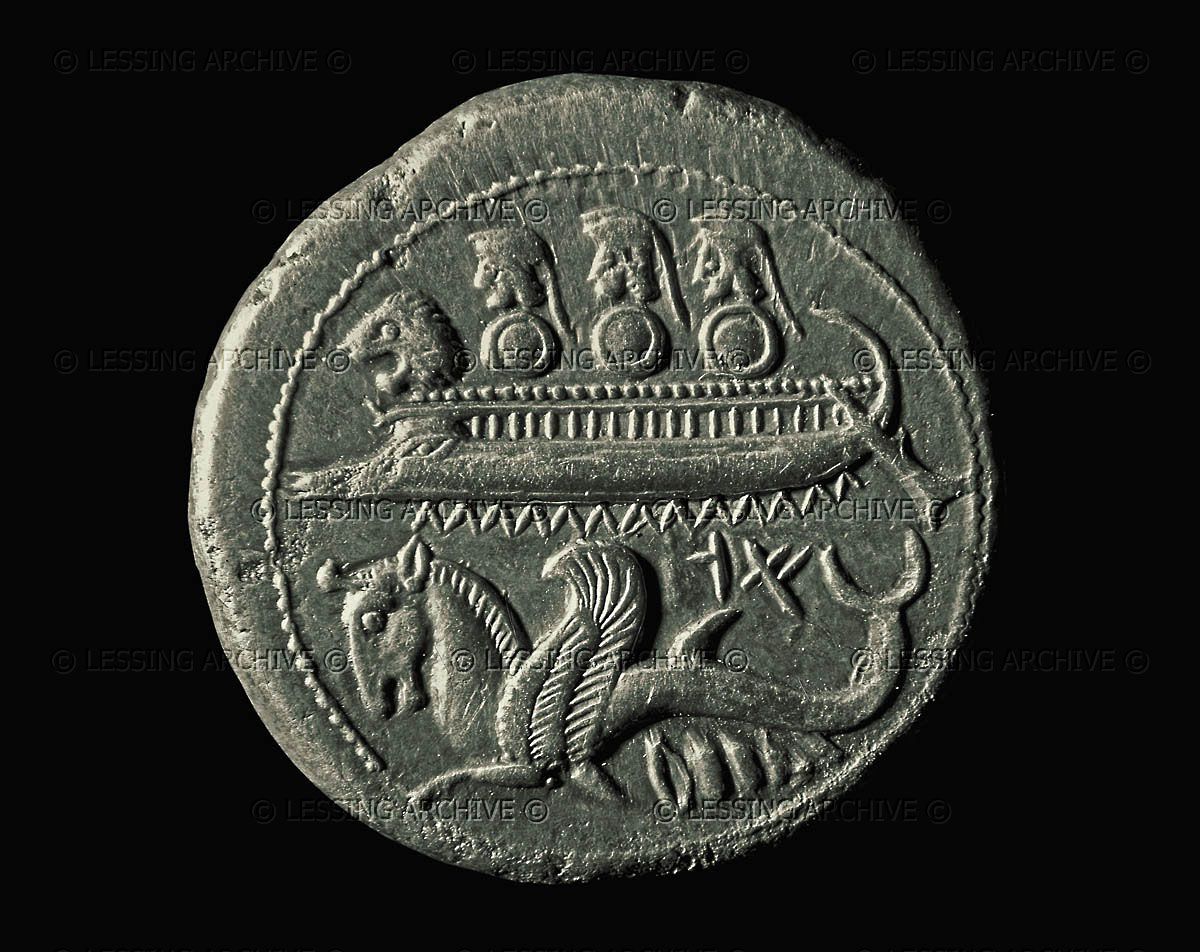