en.wikipedia.org/wiki/Banias
*Derived from that of Pan, the god of the wild and companion of the nymphs.
*The spring lies close to the 'way of the sea' mentioned by Isaiah 9.1

ירדן/ἀρδάνιον, ἀρδάλιον 'water-pot or trough' (Jordan looks like a trough)

Job 40:23
Behold, he drinketh up a river, and hasteth not: he trusteth that he can draw up Jordan into his mouth. 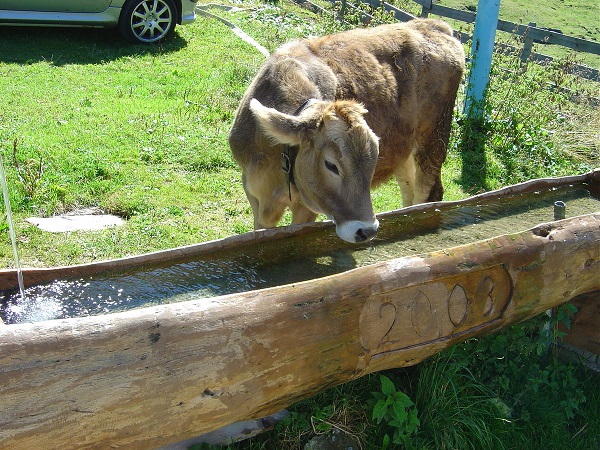 A journey is describes reaching ερυθρας θαλασση "Red Sea", in Herodotus this is the Indian Ocean.

Enoch 28
I went towards Μανδοβαρα into the midst of the mountain range of the desert
I saw a wilderness and it was solitary, full of trees and plants
Water gushed forth from above, Rushing like a copious watercourse towards the north-west it caused clouds and dew to ascend on every side.

Enoch 29
I went to another place in the Βαβδηρα and approached to the east of this mountain range.
I saw aromatic trees exhaling the fragrance of frankincense and myrrh, the trees also were similar to the almond tree.

Enoch 30
I went afar to the east, and I saw another place, a valley of water.
Fragrant trees such as the mastic
And on the sides of those valleys I saw fragrant cinnamon. And beyond these I proceeded to the east.

Enoch 31
I saw other mountains, amongst them were trees, there flowed forth from them nectar, which is named sarara(σαρραν) and galbanum (χαλβανη)
beyond this, I saw another mountain (to the east) ( aloe trees), Trees were full of stacte, being like being like almond-tree.
when one burnt it, it smelt sweeter than any fragrant odour.

Enoch 32
I looked towards the north over the mountains I saw seven mountains full of choice nard and fragrant trees and cinnamon and pepper.
I went over the summits of these mountains, far towards the east of the earth and passed above the Erythraean sea
step across, on the other side of Ζωτιηλ. (Zotiel)
I came to the Garden of Righteousness, and saw beyond those trees many large trees growing there and of goodly fragrance, large, very beautiful and glorious, and the tree of wisdom whereof they eat and know great wisdom.

This seems too describe a journey towards India that parallels the Life of Apollonius and his journey to Persia or India, the evidence is the word χαλβανη (חלבנה) 'Galbanum' (root - ἀλείφω) that grow plentiful on the slopes of the mountain ranges of northern Iran.

Hymn 1 to Dionysus (birth of Dionysus)
For some say, at Dracanum; and some, on windy Icarus; and some, in Naxos, O Heaven-born, Insewn; and others by the deep-eddying river Alpheus that pregnant Semele bare you to Zeus the thunder-lover. And others yet, lord, say you were born in Thebes; but all these lie.

The Father of men and gods gave you birth remote from men and secretly from white-armed Hera. There is a certain Nysa, a mountain most high and richly grown with woods, far off in Phoenice, near the streams of Aegyptus.

This Νύση (Nysa) is very likely to be Niha (انيحا‎/ניחא), the ύ in Nysa is pronounced as a y and written with that letter in Latin and Phoenician, for example the word Satyr (Σάτυρ), is spelled with a υ written y (שעיר). and s and h interchange, cf. Helios, Solis. The mother of Dionysus is Semele, her father is Cadmus, from Lebanon, Son of Phoenix or Agenor, Dionysus and Lebanon are very much connected, since the largest Roman temple ever built is dedicated to Dionysus in Lebanon.

The Dionysiaca is an ancient Greek epic poem and the principal work of Nonnus. It is an epic in 48 books, the longest surviving poem from antiquity at 20,426 lines, composed in Homeric dialect and dactylic hexameters, the main subject of which is the life of Dionysus, his expedition to India, and his triumphant return to the west. 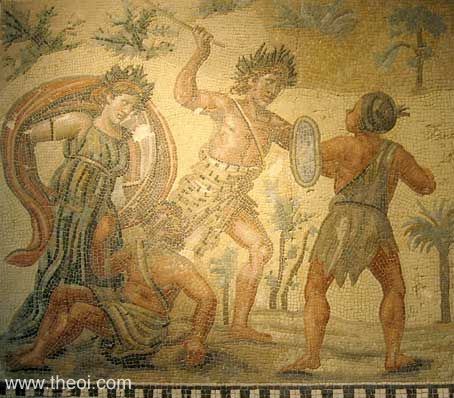