Discuss the world of the Greeks, Romans, Babylonians, and Egyptians.
Post Reply
6 posts • Page 1 of 1

Europa
1. Phoenician princess
2.Sister of Cadmus, daughter of Agenor and Telephassa or Phoenix and Perimede

I have solved the name Dido, the clue is that she as no children or consort.

Beelzebub (Athena)
τεττιγοφόρας means 'wearing a cicada' and the epithet of the Athenians, for in early times, they wore a golden cicada ornament in the hair and thus 2 Kings 1:2 alludes to Athenians, this is further proven with "אלהי עקרון" (childless God). עקר/ἄκουρος means "childless, barren" (Genesis 11:30), for Athena is a virgin, a childless God, further evidence in 2 Kings 17:10 that reveals her name. את־אשימא/τὴν ἀθήνην "Athena" and a cicada or τέττῖξ is a זבוב hence Beelzebub.
https://vivliothikiagiasmatos.files.wordpress.com/2012/01/joseph-yahuda-hebrew-is-greek.pdf
Top

Dido is thus equated with Tanit, the chief goddess of Carthage, a heavenly goddess of war, a virginal unmarried goddess. She is given the epithet, pene baal ('face of Baal') and the title rabat, the female form of rab ('chief'). She was known in Latin as Juno Caelestis, She is also equated with Neith. The Greek historian Herodotus (c. 484–425 BC) noted that the Egyptian citizens of Sais in Egypt worshipped Neith and that they identified her with Athena. The Timaeus, a dialogue written by Plato, mirrors that identification with Athena.

Appian - Punic Wars 1
Phoenicians settled Carthage, in Africa, fifty years before the capture of Troy. Its founders were either Zorus and Carchedon 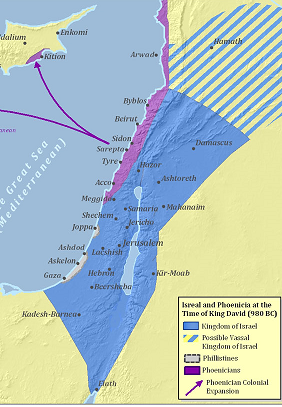 The Biblical united Kingdom of Israel and Judea' is the fifth district of the districts of the Achaemenid Empire. Ezra 3:7 and 1 Kings 5:9 are describing the same event and probably explains why Tyre and Sidon were exempt from the Empire, Persians where indebted to them and mostly because they built the ships of the Persian Empire. צרך/χρέος 'debt' (2 Chronicles 2:16) כרשיון/κατάχρεος (Ezra 3:7) 'involved in debt'.
https://vivliothikiagiasmatos.files.wordpress.com/2012/01/joseph-yahuda-hebrew-is-greek.pdf
Top

What's even happening here
The metric to judge if one is a good exegete: the way he/she deals with Barabbas.

Who disagrees with me on this precise point is by definition an idiot.-Giuseppe
Top

This about actual historical Semitic people, the Phoenicians, whom existed.