E. Goodenough, By Light, Light: The Mystic Gospel of Hellenistic Judaism [1935], p.43 :
“With these {doruphoroi} Reitzenstein* connects a sentence from a papyrus in the British Museum: οἱ δύο θεοὶ οἱ περὶ σέ, Θαθ. καλεῖται ὁ εἷς θεὸς ο εσώτερος Σω, ὁ ἕτερος Ἀφ {=“The two gods who are beside you, Thoth. One god is called So, the other Aph”}.**”

* R. Reitzenstein, Poimandres; studien zur griechisch-ägyptischen und frühchristlichen literatur, 117-8: “The apparently most widespread form of the literature (i.e. in C.H. 13) of the Poimandres community is that Hermes teaches his son the deed. Two corpora were formed and divorced relatively early, the General Discourse and the Detailed Discourses. The connection between Tat and Hermes is initially strange, since Tat is itself the Egyptian Hermes. A duplication took place with the penetration of the new name in Hellenistic times, a process that we encountered quite often in earlier times on Greek soil. That it really made its way into cult seems to be shown by a strange magical prayer which Wessely and Kenyon have published: .... According to Prof. Spiegelberg, the name of the one god corresponds to that of the genius of the dead hpj. His name appears combined with that of Thoth in the Coptic Magic Papyrus of the second century AD, which Griffith published in the Zeitschrift für Ägyptische Sprache 1900 p.90; “Isis says: my father Ape-Thoth”. The connection between the two deities also shows the Greek misinterpretation of Hermanubis. In our prayer, too, hpj seems to be identical to Anubis, previously mentioned as the servant of Hermes.”
** Text as by K. Preisendanz, Papyri Graecae Magicae, Vol. 2 [1931], p.25. {PGM 7.557-8}
Though his book thoroughly elaborates his thesis of the Judeo-Hellenistic doruphoroi of Logos, Goodenough doesn't elaborate anything about the Egyptian variant/precursor dieties 'So' and 'Aph'. I'm also confused by Reitzenstein's reference, as roughly translated here (by me).

Who are 'So' and 'Aph', exactly? Google isn't my friend, either. Thanks for any help! 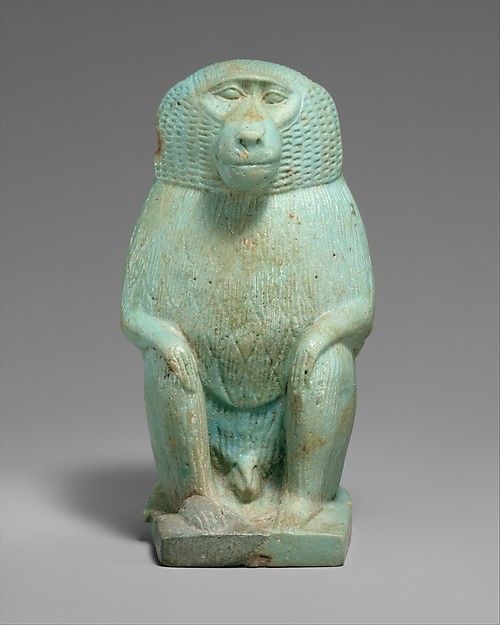 Re: The Doruphoroi of Logos, as Egyptian Deities: SO and APH (??)

Ἆφ is the vocative form of Ἆπις, Apis, a bull worshipped in Egypt. I am unsure about Σω but ΑΦ and ΣΩ evoke alpha and omega. ΣΩ cf. ת "Taw" for ת exchanges with Σ.

The baboon in Greek is κυνοκέφαλος 'dog-headed'.
In Egyptian the baboon is Babi, usually translated as "bull of the baboons".

Greek & Egyptian cultural exchange began with King Gygas during the reign of Psammatichus I in which a Greek colony was established in Elephantine. 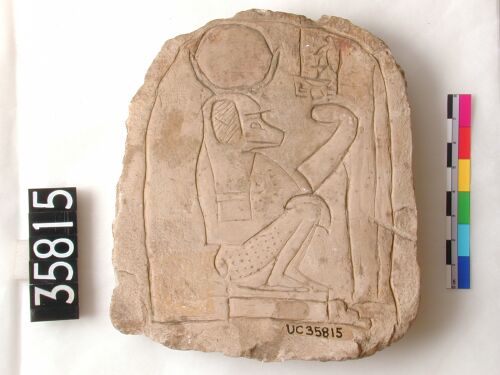 Re: APH, in wikipedia

Various 19th C. sources:
"The Egyptians had a word which corresponds with our word angel (aput). It occurs repeatedly in the Book of the Dead, particularly in the sense of messenger of Divine Vengeance.”
Top

R. Reitzenstein, Poimandres; studien zur griechisch-ägyptischen und frühchristlichen literatur, pp.117-8:
{p.117}... an odd magic prayer published by Wessely3 and Kenyon4: {PGM 7.550-559} φάνηθί μοι ἐν τῇ μαντείᾳ ὁ μεγαλόφρων θεός τρισµέγας Ἑρµῆς, […] ὁ ἐκ τοῦ ὠοῦ5 […] λεγε, οἱ δύο θεοὶ οἱ περὶ σέ Θαθ καλεῖται ὁ εἷς θεὸς Σω [ἐσώτερος6] ὁ ἕτερος Ἀφ καλου καγωηι, σεσοφηϊ: Βαϊνχωωωχ. {Let the magnificent god, Hermes Thrice-Great, appear to me in divination! Let him appear, he who [possesses] the Four Quarter of Heaven and the Four Pillars of the Earth ... Let him who is in Heaven appear to me, let him who has the ear5 ... say, the two gods who are beside you, Thath. One god is called So {or: who is the god of Sho}, the other the other Aph. Kalou-Kagôèi-Sesophèi-Bainchôôôch.”

6) So Kenyon […]On that matter, I note that two doryphoroi of a god are not rarely encountered in literature, as on pictorial representations; since unfortunately I have not noted the passages, I refer, for now only to J. Wessely, Denkschriften … [1893] p.60 Z.2, to Philo, De Sacrificiis Abelis et Caini 69 Cohn: ὁ θεὸς δορυφορούμενος ὑπὸ δυεῖν τῶν ἀνωτάτω δυνάμεων ἀρχῆς {God, flanked/attended by two of the Supreme Powers/Arch-Potencies}, and in the Ἑρμοῦ λόγος Ἴσιδος πρὸς Ὧρον Stobaeus, Ekl. I 49 p.464, 9 Wachsm {“Of Hermes: A Sermon of Isis to Horus” Excerpt 27.9: “For up above [them all] there are two doryphoroi of all Providence, of whom one is the Psychotamias {=Steward, Warden, Carver) of souls, the other their Psychopomp (=Conductor, Pilot, Guide); the Psychotamias ensouls and the Psychopomp is the Dispatcher and Commander of incorporated souls”}. In my opinion the name of Thoth ‘the Great, Great’ is connected to this; for in the Stories of the High Priests of Memphis (F.Ll. Griffith p.58) Thoth is called the eight-times great, because the eight dog-headed monkeys are his doryphoroi. However, from another view, exactly this had to become the trismegas or trismegistos, just as the primeval god with eight guards constitutes the Ennead.
The First Son, Second Son recalls here Philo Judaeus on the odd (not Jewish) formulation 'Chronos as God, plus his Two Sons':
Thrice-Greatest Hermes, Vol.1 [1906], pp.459:
“{citing E.W. Budge [1904]} Tem was the first living Man-God known to the Egyptians, just as Osiris was the first dead Man-God, and as such was always represented in human form and with a human head. ... Tem was, in fact, to the Egyptians a manifestation of God in human form. ... It is useless to attempt to assign a date to the period when the Egyptians began to worship God in human form, for we have no material for so doing; the worship of Tem must, however, be of very great antiquity, and the fact that the priests of Rā in the Fifth and Sixth Dynasties united him to their God under the name of Rā-Tem, proves that his worship was wide-spread, and that the God was thought to possess attributes similar to those of Rā” (Budge God of the Egyptians, p.349, 350).

In the Trismegistic tradition in which Thoth holds the chief place, the Young Tem would thus represent the Young Thoth who succeeded to his Father when that Father ascended to the Gods.

Moreover the Egyptian texts prove that besides Nefer-Tem still another Son of Ptaḥ was regarded as the third member of the Memphitic Triad. This Son was called I-em-ḥetep (or Imḥotep), whom the Greeks called Imouthēs or Imuth, and equated him with their Asclepius.

The name I-em-ḥetep means “He who cometh in Peace,” and is very appropriate to the God who brought the knowledge of Healing to mankind; but I-em-ḥetep, though specially the God of medicine, was also the God of study and learning in general.

[...] {p.460} Under Ptolemy IV., Philopator (222-205 B.C.), a temple was built to I-em-ḥetep on the Island of Philæ, and from the hieroglyphic inscriptions we learn that the God was called: “Great One, Son of Ptaḥ, the Creative God, made by Thenen, begotten by him and beloved by him, the God of divine forms in the temples, who giveth life to all men, the Mighty One of wonders, the Maker of times [?], who cometh unto him that calleth upon him wheresoever he may be, who giveth sons to the childless, the wisest and most learned one, the image and likeness of Thoth the Wise.” 2

Imḥotep-Asclepius was thus the “image and likeness of Thoth the Wise,” even as Nefer-Tem was {p.461} Young Thoth. Here we have precisely the distinction drawn between Asclepius and Tat in our Trismegistic literature; Asclepius was trained in all philosophy, Tat was young and as yet untrained.
Here is something like a lineage, but also stages of initiation (or inheritance) among Hermeticists -- an explicitly educated/literate healing-cult -- which need not correspond to other Egyptian god-lists. Presumably, multiple such interpretations may be found in the period 300 BC - 100 AD.