Discuss the world of the Greeks, Romans, Babylonians, and Egyptians.
Post Reply
34 posts

You are being disingenuous (again); stop that.

New Chronology:
Link.:
The theory was formed in the 1970-1980s at the Moscow State University Mechanics Institute, based on the ideas of Doctor of Sciences Mikhail Postnikov... Professional historians have recognized this theory as pseudo-scientific.
What is true for Fomenko is true for Postnikov; New Chronology is cult-like in its totalitarian deception.
Link.
Postnikov, M. M. 2000. Kriticheskoe issledovanie khronologii [Critical Investigation of the Chronology of the Ancient World]. Moscow, Kraft & Lean. [The author is a follower of Fomenko.]
Bingo! Postnikov (1977) died in 2004; C-14 dating of documents has been known for decades. It is not that "C14 dating came later" - these people did not and do not accept C14 dating, where it disproves their nonsense. That fact is manifestly clear from their work.

Parallel universe-Soviet garbage, simply. This is a Neo-Soviet form of Lysenkoism. Bin it.

Re: 'New Chronology' is Neo-Soviet Propaganda

I don't knowingly make false-claims and haven't. Your modus operandi is known to the Forum.

Lysenkoist-styled propaganda is no more desirable here than Holocaust Revisionism. Both are evil.

Lysenkoism played no small part in Stalin's Ukrainian genocide: millions died in the Holodomor as a result.
Top

The products of my research into the historical evidence are referred to on at least half a dozen occasions in the links at this forum (since it started) regarding paleography, epigraphy, and archaeology with respect to Christianity in the first four centuries AD.

If as you claim my modus operandi is known to the Forum then what do you claim it to be? As far as I am concerned the ancient historical evidence is king.

What's with the presentism? This forum is about antiquity. Stay on topic. These discussions are about ancient history and I have already pointed out more than once the "New Chronology" of Fromenco and his predecessors can IMHO be entirely and comprehensively refuted in three letters:

End of the story for anything to do with the new (late) chronology. The Gospel of Judas and the Nag Hammadi Codex I can be scientifically dated to the 4th century by C14. That's it. Over and out for the "New Chronology". Christian origins has a terminus ad quem of the 4th century. That is my provisional conclusion.

This does not imply that everything written in the article linked in the OP is entirely useless. I have already pointed out that first slab of content deals with the authenticity (or otherwise) of the Tacitus manuscript, a subject upon which many modern scholars have written and commented upon. Another brief section deals with the authenticity (or otherwise) of the Suetonius manuscript. There are a host of other sections dealing with the history of the manuscript tradition for other texts which have supposedly been transmitted out of the middle ages, through the era of the printing press and into the modern epoch. Some of this material contains useful research, and I am not inclined to dismiss it on the basis that the over-arching concept of a "New Chronology" can be refuted in three letters.
Top

The Topic is Neo-Soviet Pseudo-History, Evil

C14 is irrelevant, trivial to the point of childishness, mindless chatter.

The appearance of a random "Hey, what do you guys think of this cool {Kremlin-backed/Neo-Soviet} theory?" at this particular moment in time - when RU is launching cyberattacks against the West, on top of a genocidal war 'against Europe' (call it what it is), as their influence to normal civilization is rightly curtailed, etc., etc. - is not what I would call a coincidence.

What's really going on? First and foremost: identify the source, consider the agenda. It's Soviet, therefore insincere, duplicitous by design - actually: monstrous, diabolical. I think most ppl here can quickly grasp the essential truth, but your mileage may vary.

The Evil Empire is spending $$$ on their propaganda war. Need an example? They launched this disinformation website 1 week after the Invasion:
https://www.dw.com/en/ukraine-war-how-a ... a-61062940


Of course, propagandists are professional liars - they can justify their monstrous acts any way they choose. it's no surprise they've focused on patently false, grotesquely twisted views of ancient history. See how, LINK:

[In 2014], justifying the annexation of Crimea, Putin highlighted Russia’s historical ties to the peninsula by referencing archaeological finds that, he claimed, demonstrated that Crimea is “the spiritual source” of the Russian nation.


It was an event of special significance for the country and the people, because Crimea is where our people live, and the peninsula is of strategic importance for Russia as the spiritual source of the development of a multifaceted but solid Russian nation and a centralised Russian state. It was in Crimea, in the ancient city of Chersonesus or Korsun, as ancient Russian chroniclers called it, that Grand Prince Vladimir was baptised before bringing Christianity to Rus.

Weird obsession, for the Godless Communists! It's insane (i.e. to exterminate Ukraine, for Kremlin Evil) - but that's Soviet History for you. 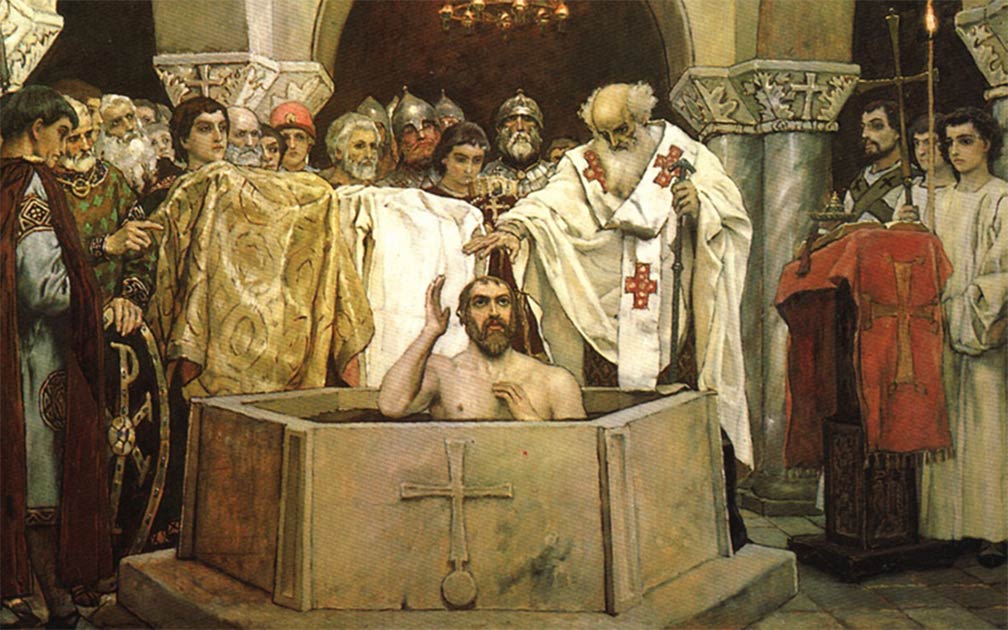 Re: Chronology of the Ancient World

Scientific radiocarbon dating provides extremely valuable input data directly relevant to the estimation of chronology in the ancient world, and to the historical method.


The appearance of a random "Hey, what do you guys think of this cool {Kremlin-backed/Neo-Soviet} theory?"

The linked article refers to a book eventually called "The Christ" by Morozov. Another book of the same name was published by John E. Remsburg. I am not interested in discussing modern politics in this forum. The discussions are supposed to be about ancient history and the actual evidence used to support theories in the field of ancient history.


Of course, propagandists are professional liars - they can justify their monstrous acts any way they choose. it's no surprise they've focused on patently false, grotesquely twisted views of ancient history.

So what about the propaganda of the Nicene church industry?

Chapter 1. The Plan of the Work.

1. It is my purpose to write an account of the lines of succession of the holy apostles, as well as of the times that have elapsed from the days of our Saviour to our own; and to relate the many important events that are said to have occurred in the history of the Church; and to mention those who have governed and presided over the Church in the most prominent parishes, and those who in each generation have proclaimed the divine word either orally or in writing.

2. It is my purpose also to give the names and number and dates of those who through love of innovation have run into the greatest errors, and, proclaiming themselves discoverers of knowledge falsely so-called 1 Timothy 6:20 have like fierce wolves mercilessly devastated the flock of Christ.

3. It is my intention, moreover, to recount the misfortunes that immediately came upon the whole Jewish nation in consequence of their plots against our Saviour, and to record the ways and the times in which the divine word has been attacked by the Gentiles, and to describe the character of those who at various periods have contended for it in the face of blood and of tortures, as well as the confessions which have been made in our own days, and finally the gracious and kindly succor which our Saviour has afforded them all. Since I propose to write of all these things I shall commence my work with the beginning of the dispensation [οἰκονομία] of our Saviour and Lord Jesus Christ. [Several manuscripts, editors and translators read τοῦ θεοῦ after χριστόν. But the best manuscripts and sources, included Rufinus, omit τοῦ θεοῦ.]

4. But at the outset I must crave for my work the indulgence of the wise, for I confess that it is beyond my power to produce a perfect and complete history, and since I am the first to enter upon the subject, I am attempting to traverse as it were a lonely and untrodden path. I pray that I may have God as my guide and the power of the Lord as my aid, since I am unable to find even the bare footsteps of those who have traveled the way before me, except in brief fragments, in which some in one way, others in another, have transmitted to us particular accounts of the times in which they lived. From afar they raise their voices like torches, and they cry out, as from some lofty and conspicuous watchtower, admonishing us where to walk and how to direct the course of our work steadily and safely.

"Critical Study on Chronology of the Ancient World" is the title of the OP about pseudo-scientific 'New Chronology'. This thread is not about C14 - you're lying to pretend otherwise.

The Russian nationalist 'New Chronology' of Fomenko/Postnikov - the subject of the OP - is a revamped Communist decepticon, simply. It is part and parcel -or rather, the purest expression of- 100 years of deliberate Soviet historical dissimulation. Funded and supported by the Kremlin: hence, a Product of the Evil Empire. 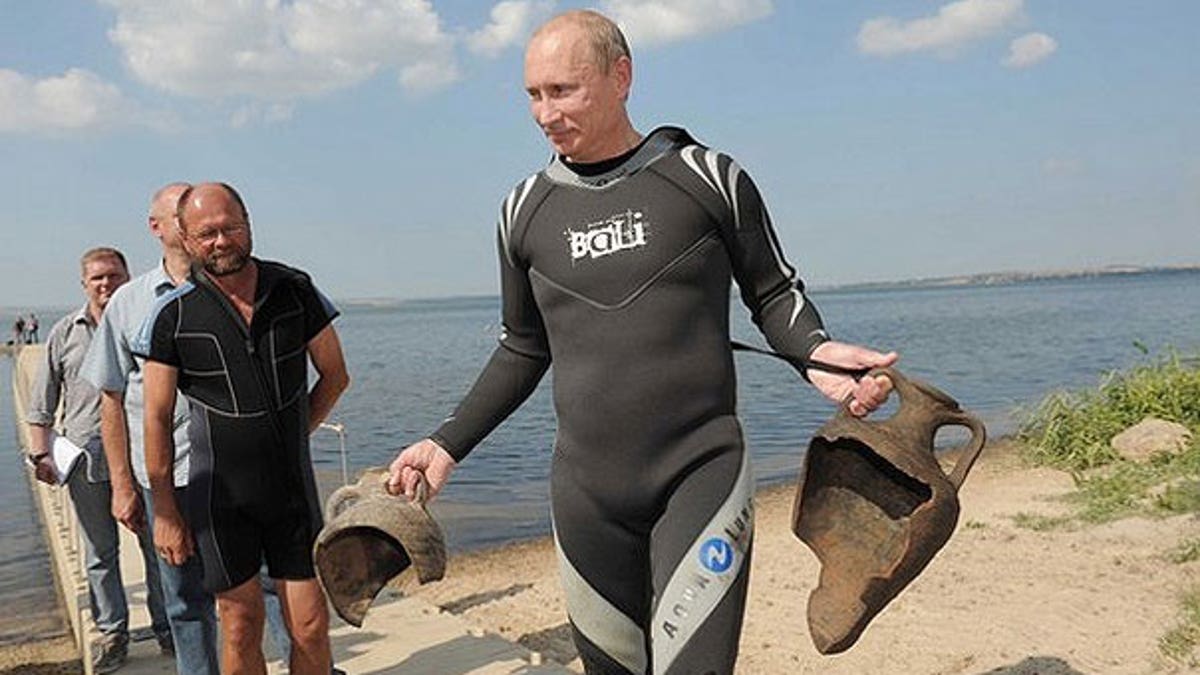 billd89 wrote: ↑Thu Jun 09, 2022 5:59 am "Critical Study on Chronology of the Ancient World" is the title of the OP about pseudo-scientific 'New Chronology'. This thread is not about C14 - you're lying to pretend otherwise.

WIKI:
Fomenko is one of authors of a concept that manipulates historical chronology. It is known as New Chronology. Fomenko claims that he has discovered that many historical events do not correspond mathematically with the dates they are supposed to have occurred on. He asserts from this that all of ancient history (including the history of Greece, Rome, and Egypt) is just a reflection of events that occurred in the Middle Ages and that all of Chinese and Arab history are fabrications of 17th and 18th century Jesuits. He also claims that Jesus lived in the 12th century A.D. and was crucified on Joshua's Hill ...
(1) We have scientific C14 dates of Christian literature (Codex Tchacos, Nag Hammadi Codex I, etc) from the 4th century.

Which of these three claims do you disagree with?
Top