Having It Both Ways With Secret Mark

Give me a fucking break. Comparing his PhD + ThD from Harvard to a guy who found his PhD in a cereal box and at a time when academia was at its zenith in terms of rigor and expectations. Clueless comparing Smith to any other American. Do people here even know what they are saying? The sheer vulgarity. Americans are such an embarrassment. This place makes everyone stupid and overweight. Next you'll compare Smith to Richard Carrier. And this:

What is it with the vulgar? You can't distinguish ambrosia from Dr. Pepper?

Notes:
Morton Smith was in the tradition of Eduard Meyer, A. D. Nock, his Columbia predecessor Elias J. Bickerman, and Arnaldo Momigliano rather than that of Theodor Mommsen and Ronald Syme. He believed that the history of religion was of more lasting importance than political or military history. Further, he did not come to classics through philology. He majored in English as an undergraduate. He was deeply religious, even mystical as a young man and he had decided in college to become an Episcopal priest. He wrote: "My serious work began in 1937 at Harvard Divinity School, especially with New Testament under Henry Cadbury and rabbinics under H. A. Wolfson." He learned Hebrew in a year and obtained a Sheldon Fellowship for study at the Hebrew University of Jerusalem. He was trapped there by World War II and took his doctorate in 1948 with a dissertation written in Hebrew on Tannaitic Parallels to the Gospels. He became an Episcopal priest and briefly in the forties had a parish. For reasons unclear he lost his faith. He then taught and studied the subject he no longer believed. Indeed with the wrath and inside knowledge of the apostate, he often attacked both Judaism and Christianity unmercifully. He returned to graduate study and began his career in Biblical literature rather than classics.His appointment to succeed Bickerman in 1957 determined his subsequent career in ancient history. In 1963 a Harvard appointment was personally vetoed by Nathan Pusey. Although he taught Greco-Roman history, his publications and the dissertations he directed except for several textbooks were largely in Hellenistic Judaism and in early Christianity.

Morton Smith is a Halston. Price is a MAGA hat.
Top

On a side note, I haven't been posting much here so I have some new thoughts. Do you think it would be fair to say that no matter how much thought and research goes into religion, religion itself is really a formal process to legitimizing 'hunches'? The existence of God is a hunch. It's called 'faith' to make it sound more legitimate. But God is a hunch, 'Jesus will save me' is a hunch. The idea that you can go from 'maybe the Letter to Theodore is a forgery' to 'the Letter to Theodore is a forgery!' is only made possible by those who have learned to take their hunches as truths. I think sometimes the forgery proponents and those who argue for its legitimacy speak in different languages. If you believe that your hunches should dictate the study of early Christianity, by all means, the Letter to Theodore can be viewed as a forgery. Indeed it makes perfect sense why you believe it is a forgery. But the objective facts are that there is no smoking gun here. There is no compelling evidence to suggest foul play. It's just the fact that (a) you've learned to take 'hunches' for facts and (b) feel that the rest of the world should be governed by hunches and hunches you feel inclined to accept as facts. I am not willing to accept your hunches as facts, so I ignore you.
Top

If the show fits. There is no way most of these 'proofs' would make it into other fields - the Mystery of Mar Saba, 'he's gay,' Morton Salt, the 'forger's tremor' that results from setting the photocopier to low, Aleister Crowley. It would be tragic if we were solving Covid with the 'throw it against the wall and see if it sticks' approach but 'it's the humanities.' But even there - there is nothing comparable in the humanities to the SBL conference with a panel of psychologists. Nothing comes close. It's a non-stop litany of pseudo-intellectuality and subjectivism and the cart leading the horse. The epitome of the decline of Western civilization.

For me the question is simple - did the monastery deliberately prevent 'science' from examining the document? Why is that? Quesnell was denied. Others have tried. If it was an obvious fake why not submit it for tests? These aren't primitive people. The man who has the document or likely has the document is a graduate of one of the top universities in England in the field of Patristics. I know he took an interest in the document and he determined or was part of a decision NOT to allow the document to be tested and to keep it from anyone who wants to examine it. Why would that be? Why wouldn't he want to close the book on this forgery if it was so obviously fake?

Morton Smith never prevented anyone from testing or examining the document.
Top

1) S.A., on June 5 you railed against religion. On June 6 you wrote of those in a monastery, i.e., religious: “These aren’t primitive people.” I have no need to try harmonizing those, nor to presume that anyone who doubts the Theodore Letter is ancient is necessarily religious, but, moving right along…

2) The following claim is new to me:
“The man who has the document or likely has the document is a graduate of one of the top universities in England in the field of Patristics. I know he took an interest in the document and he determined or was part of a decision NOT to allow the document to be tested and to keep it from anyone who wants to examine it. Why would that be?”

Who? How do you know?
Top

First of all, you haven't addressed the issue of why your hunches should dictate the study of early Christianity. You will never address that because you can't distinguish between your hunches and the facts. No one's 'hunches' should be taken as facts. The fact that you push aside Carlson's forger's tremor as not a matter of concern demonstrates epitomizes the pathological nature of the opposition to the document. It's not about the weight of evidence but just finding something which justifies a hunch which is a terrible methodology. Shameful really. Sure if you want to simply 'find something' to bolster what 'your gut is telling you.' Fine. That's a methodology. A wretched methodology. But a methodology nevertheless.

Secondly I had two Greeks interview someone (a Metropolitan in Athens) who was there when the document was moved from Mar Saba to the Patriarchate library. Agamemnon Tselikas was one of the two men and as you know he supports forgery. That man, in the witness of Tselikas, said that Archbishop of Gerasa Theophanis (Theodosios Hasapakis) had an interest in the document and suspects that he was the last man to handle the document and certainly knows what happened to it. I have repeatedly brought this information up to anyone that asks. I used to have a copy of the interview translated from Greek by Harry Tzalas the other Greek at the interview. Don't know what happened to it. But both men were there and are alive today. 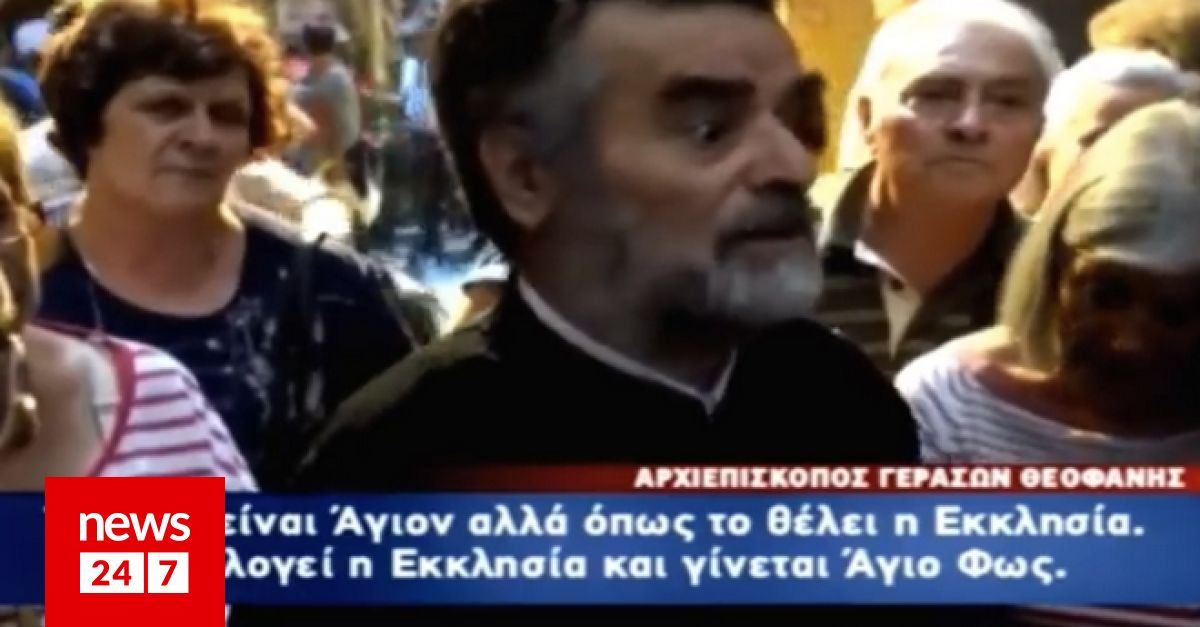 But again what you are asking us to do - 'us' being the world at large, scholarship at large - is deny the existence of a historical document based on a 'hunch' that develops from essentially these creative writing exercises involving a pulp fiction novel, Morton Salt, homophobia that existed in men of your day and the like. Complete and utter nonsense. Flipping a coin to decide authenticity would be more scientific.
Top

Arguments in favor of authenticity:

1. No substantiated evidence of fraud, deception, immoral conduct associated with Morton Smith
2. The document was available for analysis but never examined until 1983
3. It was examined for an extended period of time by one of its harshest critics with no resultant evidence of forgery emerging
4. It has been kept from public examination since 1983 by the Greek Orthodox authorities presumably owing to its interest by scholars and its association with heresy (so Father Aristarchos)
5. The last scholar to see the document is among the Greek Orthodox authorities Theodosios Hasapakis. The second last is Quentin Quesnell. Two scholars who presumably wanted to prove the document is a forgery. Both men held the document and never wrote a word about the document's impropriety after coming into contact with it.

I'd say there are good circumstantial grounds there alone for assuming at the outset the document was found in the blank pages of an old book in the Mar Saba library exactly as recounted by the Columbia University scholar Morton Smith. None of the nonsense written by all the papers since 1983 pushes back against this circumstantial nod to authenticity.
Top

Guy Stroumsa writing in JECS 2003 “In the spring of 1976, a party of four, including the late David Flusser, Professor of New Testament, the late Shlomo Pines, Professor of Medieval Arabic and Jewish philosophy, both at the Hebrew University of Jerusalem, Archimandrite Meliton, from the Greek Patriarchate in Jerusalem (at the time a research student at the Hebrew University) and myself (then a graduate student at Harvard University) drove (in my car) from Jerusalem to Mar Saba monastery, in the Judean wilderness, in the quest for Clement's letter.” And the examined it.
I attended a webinar about the Shapira Deuteronomy-ish leather strips. One presenter said some anti-Semites rejected Shapira’s claim. Well, yes, but it is still a legitimate question as to how old the text was. (Browbeating, especially based on either/or or on the false claim that all criticism must be based on religion, only gets so far, i.e. not far.) And not just maybe iron age or 19th-century, but also possibly in between. Apparently somewhat similarly, the forthcoming book by G. Smith and B. Landau will propose an interim date, neither as ancient as M. Smith claimed nor as recent as 20th century. Perhaps their book (haven’t read it; plan to buy it) will contribute new insights.

G. Smith showed pretty well—and he was not the first to do so—that the Letter was not by Clement. And at least one scholar MS listed as agreeing that Clement wrote it denied that.

I’m all for finding the ms (and also the Shapira mss). But just what can be tested? The book and binding paper are probably unremarkable. Carbon soot ink is not easily (if at all) capable of being dated.
Sure, the article about QQ was worthwhile. And if Hasapakis (grad of what UN uni?) is involved, that’s worth knowing too.
Top

Archimandrite Meliton. That's the guy I had Tselikas interview and who Identified the Archbishop of Gerash as the last known handler of the document.
Top
Post Reply
41 posts