In the 15° year of Tiberius the word of God came to John... NOT on Jesus

About John, I think:
What I don't know about John is:
I don't know to decide between the 2 points above. Some idea ?

I think John was Judaized for the same length of time as monotheistic Judaism existed, but he was originally Oannes. In the Assyrian context, Oannes seems to be contrasted with Ninurta.

Ninurta is Thoth-like (medicine and law). Oannes is Dagon, and is roughly Yahweh-like. My impression is also that Jerusalem was more attached to the Egyptian myth of Moses and would have been opposed to Oannes, if there was such a division.

To simplify, Oannes is the god opposing Jerusalem, who becomes Yohanon in the form of the Teacher of Righteousness. The mythical founder of that community having been, originally, its god.

I think the interpolated John comes from the gospel of Mark, which is also the source of Josephus's report of what happened with Antipas. I would think the original section has been totally rewritten to be framed around John. I think Mark's John is Theudas. Again, because I think Mark's Pilate/Antipas was Tiberius Alexander.

That doesn't mean Pilate could not have had a trial at Rome about the Samaritan Prophet in which the messiah concept was introduced to Rome.
Top

A number of scholarly books have been written on the very ancient history of 'baptism'; it was a fairly widespread, diverse practice in the Levant, so one individual wasnt "THE baptist" (first, one and only, etc.). 'John the Baptist in Jordan' may have been a real person, but it was also more generally a myth representing several baptizing Judaic/pagan cults of the Diaspora which Early Xtians targeted and assimilated within the first two generations (35-100 AD).

My little obsession is the Hermetica; the Krater is one important theme I've researched and referenced a few times already. The Krater myth (one kind of Egyptian henosis) is independent, same-same but different; in fact, its closer to Zosimos' spiritual alchemy (c.100 AD, from Judeo-Egyptian craft-lore) than to ritual ablutions of rural Judaic (or pagan) cults in rivers.

'Baptizing'/ritual washing is one of those universal religious practices we simply cannot assume was ever unique to one sect. We've discussed the sacred pools of Adon in Afqa, recently; many rivers/sacred water-holes should have had a resident guru standing by. Not surprising: in the First C. AD, even Jews sought out healers, therapeuts.

Quite apart from the chalice of the Divine Mind, the latter part of the Hermetic krater lore (CH IV) involves baetyls/heralds, meteoritic iron and secret caverns or geological basins for astronomical observation: weird mystical shit.

it would be interesting to find more evidence of such anti-YHWH feature of Oannes beyond his being a Babylonian myth.

the Magne's hypothesis is that the myth was judaized deliberately in opposition to gnostic gentile anti-demiurgists (= the original Mandeans).
Top

What do we know about this first rank personage who was Apollos?

Our record presents him as an eloquent Jew versed in the Scriptures, a native of Alexandria. In his hometown of Alexandria, the young Jewish scholar had therefore devoted himself ardently to the study of the Scriptures. He also had to delve into the writings of the most erudite of his co-religionists in Alexandria, particularly the religious philosophy of Philo. On the other hand, it is said that Apollos was familiar with the baptism of John. Another note from the historical aspect that we have already quoted several times (Acts 19:1-7) speaks of a group of twelve disciples of John existing in Ephesus, and the little regard these disciples of John have for the Holy Spirit has allowed us to see in them authentic Mandeans. It was at Ephesus, therefore, that there presented itself, to a spirit curious about things of religion as Apollos was, the opportunity of learning about the baptism of John, of making contact with the Mandean religion.

The Mandeans had to communicate to Apollos their hostile feelings toward the Law, but their doctrine and especially their rites do not seem to have detained the young scholar eager for emancipation for long. He became more interested in "the things concerning Jesus," and even set about teaching them. Later, he would be considered the leader and inspirer of one of the three great parties that would divide the Church, and he would be named without objection with Peter and Paul. We know the tendencies of the party that referred to Peter, we also know those of the party that referred to Paul. What could have been the doctrine of the party inspired by Apollos?

Apollos had to be the agent, or at least one of the principal agents through which the influence of philonism was exerted upon Christianity. On the other hand, he had just turned his back on Mandeism. His doctrine must therefore have been profoundly marked by the philonic influence and at the same time fighting Mandeism, while inspiring from it, according to the methods of the religious controversies of the time, several of its fundamental elements.

We possess a writing which manifests to the utmost degree those traits which were to characterize the party of Apollos: it is the Gospel of John.

At several points, the author of this Gospel seems to discuss and explain himself with the writings of Philo, appropriating what can be assimilated to his own theology, rejecting and refuting what seems to him contrary to the truth. Thus when he twice declares that no one has ever seen God, he not only rejects the authors of the apocalypses who claim to have contemplated God on his heavenly throne,[10] but also the theory of the vision of God in the rapture, which occupies an important place in Philo's system. The name Israel, according to Philo, would mean ho horôn théon, "the one who sees God." [11]

The party of Apollos thus seems no stranger to the Joannite phase of early Christianity, which comes to interject itself between the Pauline and Catholic phases.

The polemic we found in the Gospel of John against revelation by the Holy Spirit is easily explained among the sectarians of the former Mandean Apollos.

Let us return to the events of Ephesus:

At Ephesus, Apollos, turning away from Mandeism, but having retained of it the profound contempt for the Law that characterizes it, takes the side of the proselytes who rebel against the law of Noah, against the prohibition of blood that the decree of Jerusalem wanted to impose on them. He provoked the secession from the synagogue and thus founded a new independent religion, within which he could henceforth, in all freedom, teach the "way" and the "things concerning Jesus".

That religion, we know: a religion whose roots lie in the proselyte groups of the dispersion, but whose followers differ from the other proselytes on this crucial point: since their establishment as an independent community, they have always been refractory to the prohibition of blood. There they are taught the "things concerning Jesus." Soon, this new religion will also make Jesus a revelator descended from heaven to earth, after the type of the revelator John of the Mandeans. It will fabricate a biography of him. And it will also attribute to him its own origin, it will make him the initiator of its rites, the inspirer of its doctrine and the founder of its community.

That religion is the Christian religion.

Thus it will create the myth of its establishment, the ritual account of its origins, which is currently delivered in the Gospels and the non-documentary portions of the Acts of the Apostles.
(translated from The Mandeans and Christian Origins, my bold)

billd89 wrote: ↑Sun Sep 12, 2021 8:35 pm My little obsession is the Hermetica; the Krater is one important theme I've researched and referenced a few times already. The Krater myth (one kind of Egyptian henosis) is independent, same-same but different; in fact, its closer to Zosimos' spiritual alchemy (c.100 AD, from Judeo-Egyptian craft-lore) than to ritual ablutions of rural Judaic (or pagan) cults in rivers. 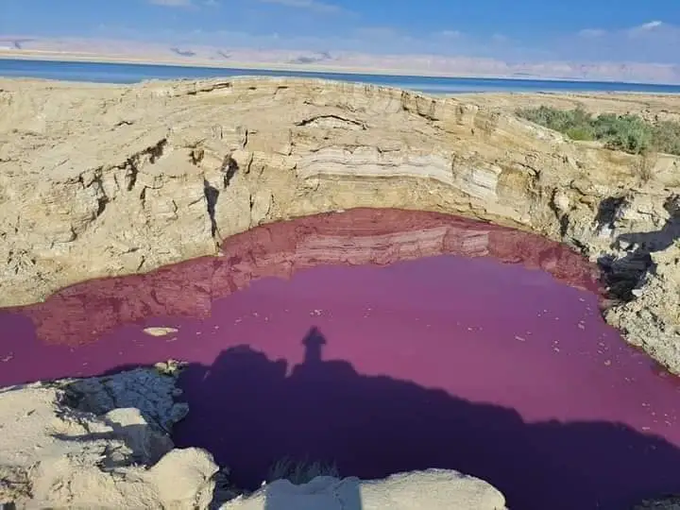 Phoenician/Canaanite child sacrifice cults, menstruation as a lower image of the goddess's propitiation to the angry sea god. The red river. Have a baby? You deprive the wrathful god of the menstrual propitiation. A basis for the uncleanliness of menstrual blood. Touch it and invoke demon's wrath, it's his.
Top

I've said it before, but I'm pretty sure the baetyl is Osiris's penis/Cronus's testicles. It's the vitality of the fallen god, from which he will be remade.
Last edited by yakovzutolmai on Mon Sep 13, 2021 4:25 pm, edited 1 time in total.
Top

It's amazing to me. These scholars just make this stuff up. Taking biblical texts and authors for granted, then making groundless assumptions to tie them to what is historically verifiable. Then writing on and on about it.

I think speculation is fine, but it's really annoying when the Christian literature is taken for granted. Apollos is another candidate for that type of made up characters with a literary purpose. A pseudonymic composite at best.
Top

As the question has been posed, it tacitly assumes that all the disciples of the Baptist who appear in the New Testament belong to the same category. It makes no distinction between the disciples of the Baptist who are ignorant of the Holy Spirit (Acts 19) and those to whom the legend of John's birth is believed to be attributed (Luke 1-2), where the role of the Holy Spirit is central.
A great contradiction, indeed.

The strongest argument to think that the authentic John the Baptist was the Mandean John (whoever he was or allegorizes), is that:
The contradiction between 2 and 3 is more expected if the original "John the Baptist" hates the Holy Spirit (as Mandean, per 1) and later he is christianized as adorer of the Holy Spirit.
Top

Russell Gmirkin wrote about the Mandeans:

If they are a cultural survival of the early first century Nazoreans, as seems likely, this suggests that the Nazoreans may possibly have been the name of the John the Baptist’s movement. This might shed light on the use of the term Nazorean in the NT and may have other historical ramifications.
https://vridar.org/2021/02/16/how-and-w ... ent-134349