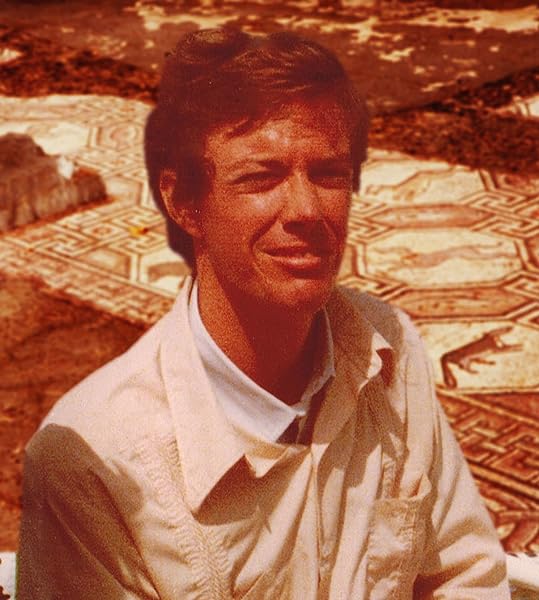 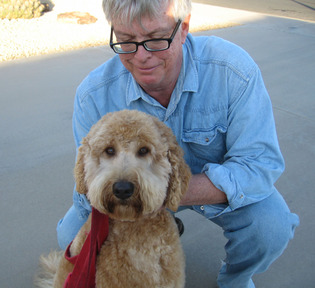 -- I'm digging at an authorial mystery of 1938 and I know that no "source" for my Authors will date any later! IMPOSSIBLE. --
Top

I think the editor explained that list of books are some of those mentioned by Jacob Watts and some were those consulted by the editor in his attempt to finish Watt's rough manuscripts.

What we should realize here is that the editor probably only reads English. Watts, from the note books, was competent in Greek, and from what the editor says also some German. I don't doubt that, although I do not see much German in the note books (but I only saw a couple "look inside" samples). The editor likely passed over any German authors cited or referenced by Watts, unable to comprehend what was there written.

The India angle is interesting. There was a lot of pro-German sympathy in India, mainly by the Aryan Society, during WWII.

They were a key part of the early Indian independence movement after the war.

There were Canadians of German descent in Germany during WWII, and probably many foreign university students in ministerial training, and some may simply have not left if they had the means. If you are a fellow settled into a PhD program, are employed by the university as a teaching assistant or as a private tutor, and know Hitler is not too concerned about students, why leave? Not all were Nazis, but many were romantics.

"Rationalization" has a Negative Connotation, Rightly So

I agree we may hypothecate the unproven existence of someone in Antiquity, with caveats duly noted. With all due respect, tho: this is clearly Pseudonymity!

Why? If nothing beyond the Author-Editor/Translator's claim suggests this "Jacob Watts" ever existed, then - quite simply - "he didn't." One doesn't need to prove the negative, and never mind the photographic proof given above. Just consider the obvious.

We are talking about an anglophone supposedly born in Canada 1910-6. A Canadian affluent enough to travel internationally in the 1930s (uncommon, frankly). With a much-stamped passport, studying at elite German Universities, before AND after WW2? That circumstance was extraordinarily rare, in fact. More baffling still, how likely is it that an ANGLICAN would go to study theology in Germany, at a time when anti-German sentiment was running high? To write on Roman history, in Cherman? No one is denying the possible existence of a precious few Cdn theology students abroad c.1938 either - the point is that you would need to prove this exact 'person' was actually there AND wrote this material.

I don't believe it's possible

The question is simple: did a "Jacob Watts" work at "St. John's Anglican Cathedral" in Winnepeg during 1940s or 1950s (as the Author maintains) - yea or nay? (WARNING: I believe this is a Fool's Errand; Does.Not.Compute.) If not, you know what.

I'd insist
1) There MUST be some record of Birth, Obituaries, etc. for such a person. (If none, then -again SIMPLY- this 'personnage' never existed.)

and THEN -against the pretext this work is genuine as stated-
2) The imaginary "Author" wrote in German? So the Editor-Translator MUST know German! (This simply cannot be explained away.)
3) It is absolutely impossible any 'Author Deceased' c.1958 could have consulted ANY books written in the last two decades. (Good grief!)

That's obvious; more objections might be raised. I do appreciate 'for the sake of argument' hypotheticals, but STILL: almost every point must be valid to be assumed 'plausibly true'. If none are, well then: someone is basically caught rationalizing Falsehood: Error, or Deception.

It's Delusion if I believe my own nonsense; it's Lying if I know better lol. Yes, sometimes it IS 'black or white'. Truth exists. A biological female IS pregnant OR she ISN'T (there is no middle/other option: Not Knowing isnt a category of Pregnancy.) A "person" is alive, or they once were. (By definition, a fictional character is not and never was 'real', a person.) And so on... No, "Jacob Watts" is not Schrödinger's cat

; rather, it appears to be an ignored literary hoax, previously undiscovered.

I am not suggesting a comparison here, but you ought to wonder about the mindset of a Dan Mallory. Fabulism? Psychopathy?

And this is what a "chimera" looks like ... supposedly. 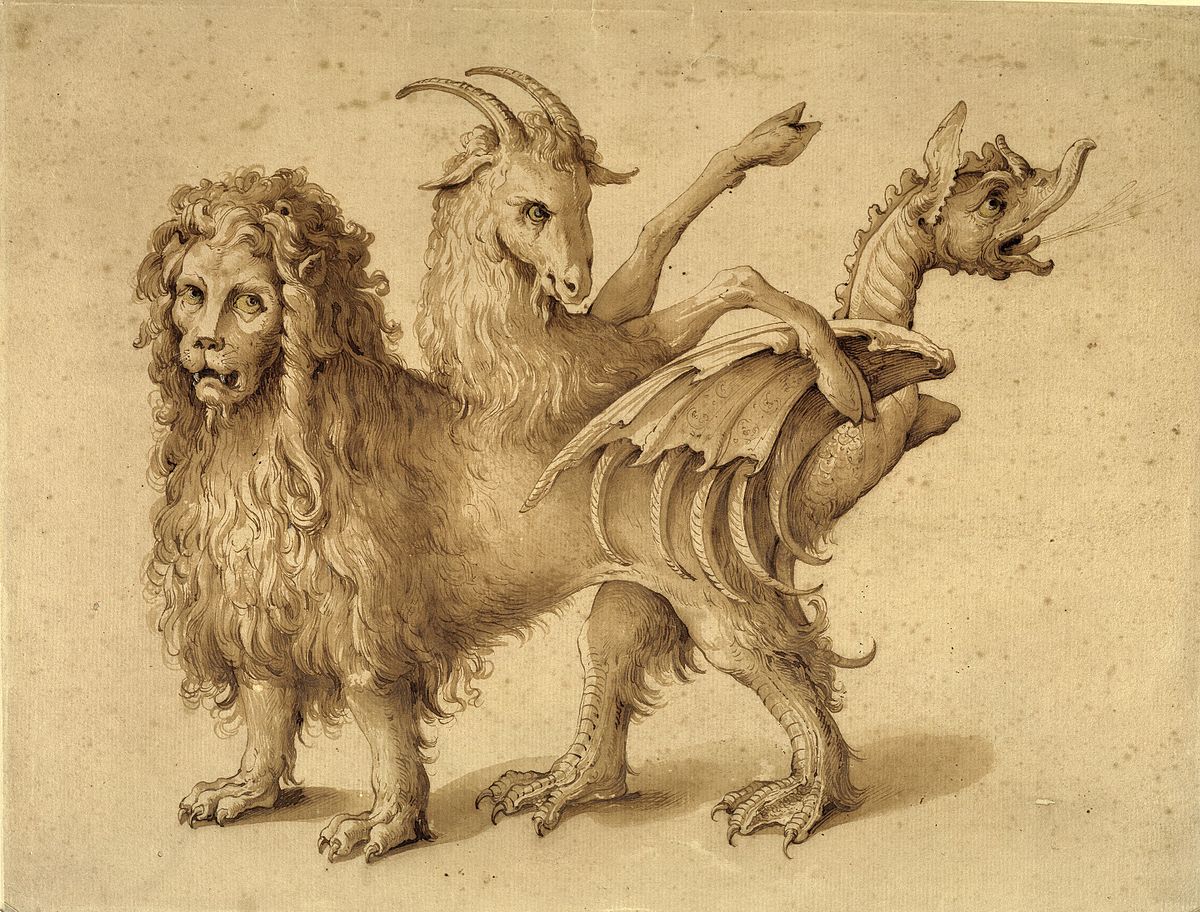 "Somebody Existed" is, by definition, a true statement; "Somebody Never Existed" is impossible, a contradiction in terms. A body exists, has or had being; it's never-existence is impossible.

A 'theoretical person' is likewise false; Personhood is Being. The assumption that God is a Being (i.e. Person) asserts a claim to Reality, not theoretical existence. Theoretical is not Actual.

Theoretical existence implies an imaginary state, though 'Possibility' includes a limited, conditional (Unknown) Reality. However, a "fictional character" is not real, by definition. Pretense is likewise Not True.

Until now, an Author or Authors were ALWAYS real (i.e. people), even if their identity is Unknown (Anonymity) or cached/false (Pseudonymity). So 'ghostwriters' have always existed, at least as secretaries/scribes for other people, alive or dead (or, less likely: fictional/mythic characters). By belief, the Egyptian scribe channeled the god and wrote in his name. S/he (Author) was a real person, even in effacing their own identity to convey the purported god's message. This is not "Fiction" in the modern sense, but I am certain that our familiar Fiction Writers existed in Antiquity. However, they were always real people behind any such mask; the Author was definitely human.

In the Age of AI, at this very moment, legal debates about Authorship are beginning to intensify. Real artists are seeing AI manipulate their stock images (and writing), where the New Author is merely an app/ program and NOT a human. Unreality has appeared in quasi-original computer-product, so copyright battle-lines are being drawn right now. Computer Fiction doubles the gambit; there is No Author.

My own Anonymous Authors guised themselves as an imagined Therapeutide and a 1st C. Alexandrian philosopher. This is not unlike Lion Feuchtwanger 'getting into character' and writing as Josephus in his Historische Roman trilogy. The fictional character, a simple mask imitating a real person, now appears fairly quaint: a parlor guessing-game of identity (troll). The future begets a much more uncertain prospect for Authorship, "is it human, even?" Truth falls victim, and we'll never know for sure.

I'm a non-specialist, but these are some of the philosophical paradoxes I've been grappling with lately.
Top
Post Reply
4 posts • Page 1 of 1