Did Moses Exist? The Myth of the Israelite Lawgiver

Re: Dating the Hyksos Expulsion to the Thera Eruption (1538 BC) 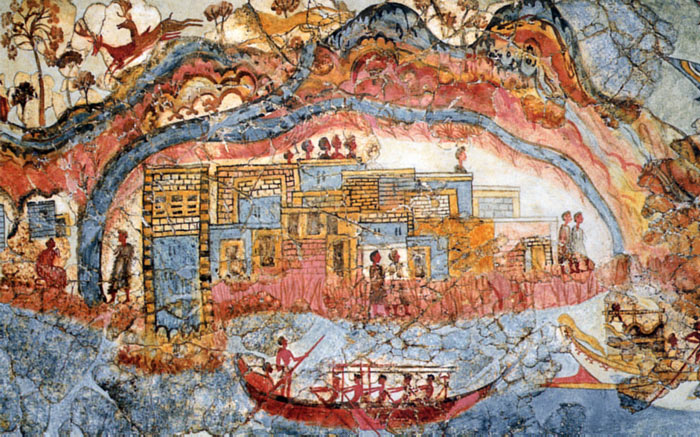 The record is poor. It's a mistake to assume one migration event. There were periodic and successive waves of Canaanites/ Phoenicians, into and out of Egypt, over thousands of years. I do suppose the defeat of Hyksos is still significant, however; that expulsion was a known event. (They would have been in power three generations.)

Experts are honing in on the Thera Eruption, for a precise date. I'm going to trust the science, and that Thera's catastrophic destruction had social ramifications among the superstitious Egyptians following a massive coastal displacement. This isn't certain but it's logical.

Naturally, a violent purge followed the angry gods' display of vulcanism - and the ensuing starvation, pestilence, etc. - in 1538-1535 BC. Someone had to be blamed.

This article suggests the date of 1538 BC for the Thera Eruption is correct. Sea-God Yam (made evil, by circumstance) was defeated by victorious Baal in the generation after 1538 BC!
https://tidsskrift.dk/MoDIA/article/dow ... 068/267113

After Ahmose conquered the Hyksos capital, probably between years 18 and 22 of his quarter-century reign (1540 -1539 to 1515 - 1514 BC, in Low Chronology), he appears to have constructed a palatial fortress atop the Hyksos palace area at 'Ezbet Helrni, the citadel at Tell el-Dabca. One or more of Ahmose's successors of early Dyn. XVIII (Thutmose I to Thutmose Ill) developed the site ...
https://phys.org/news/2022-05-home-ther ... -date.html

"One of these is Thera," Pearson said. "We just can't confirm which one yet, but at least we now know exactly where to look. The challenge with Thera is that there's always been this discrepancy between multiple lines of dating evidence. Now that we know what the possible dates are, this evidence can be re-evaluated, but we still need a geochemical fingerprint to clinch it."
https://news.uchicago.edu/story/worlds- ... chronology

An inscription on a 3,500-year-old stone block from Egypt may be one of the world’s oldest weather reports—and could provide new evidence about the chronology of events in the ancient Middle East.

A new translation of a 40-line inscription on the 6-foot-tall calcite block called the Tempest Stela describes rain, darkness and “the sky being in storm without cessation, louder than the cries of the masses.”

Two scholars at the University of Chicago’s Oriental Institute believe the unusual weather patterns described on the slab were the result of a massive volcano explosion at Thera — the present-day island of Santorini in the Mediterranean Sea. Because volcano eruptions can have a widespread impact on weather, the Thera explosion likely would have caused significant disruptions in Egypt.

The new translation suggests the Egyptian pharaoh Ahmose ruled at a time closer to the Thera eruption than previously thought—a finding that could change scholars’ understanding of a critical juncture in human history as Bronze Age empires realigned. The research from the Oriental Institute’s Nadine Moeller and Robert Ritner appears in the spring issue of the Journal of Near Eastern Studies.

The Tempest Stela dates back to the reign of the pharaoh Ahmose, the first pharaoh of the 18th Dynasty. His rule marked the beginning of the New Kingdom, a time when Egypt’s power reached its height. The block was found in pieces in Thebes, modern Luxor, where Ahmose ruled.
...
“This is important to scholars of the ancient Near East and eastern Mediterranean, generally because the chronology that archaeologists use is based on the lists of Egyptian pharaohs, and this new information could adjust those dates,” said Moeller, assistant professor of Egyptian archaeology at the Oriental Institute, who specializes in research on ancient urbanism and chronology.

In 2006, radiocarbon testing of an olive tree buried under volcanic residue placed the date of the Thera eruption at 1621-1605 B.C. Until now, the archeological evidence for the date of the Thera eruption seemed at odds with the radiocarbon dating, explained Oriental Institute postdoctoral scholar Felix Hoeflmayer, who has studied the chronological implications related to the eruption. However, if the date of Ahmose’s reign is earlier than previously believed, the resulting shift in chronology “might solve the whole problem,” Hoeflmayer said. 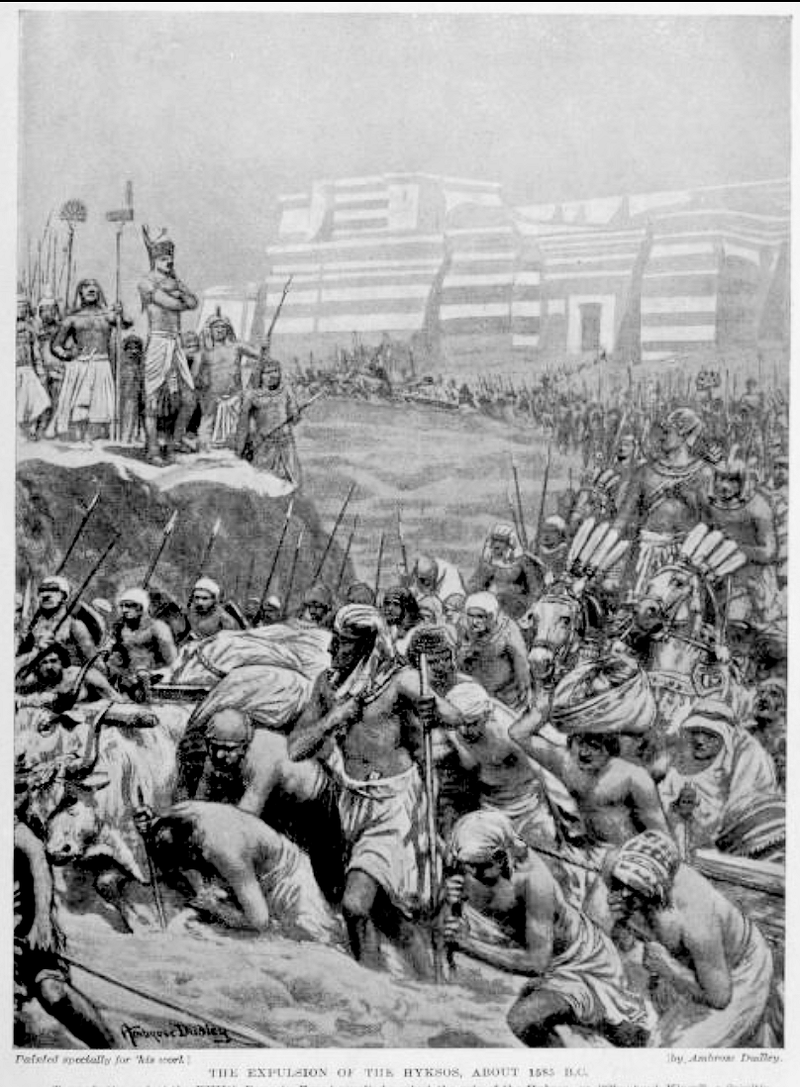